Look around and you would certainly find something or the other that’s written in English. It is the language that has shrunk the world and almost single handedly ties the entire globe together. Not only while travelling, even if you are indoors and logged on to the World Wide Web, English is undoubtedly one language that you come across most often.

And as Reichle & Perfetti puts in, “students are exposed to an abundance of terms across the K-12 continuum — words that might be linked in the mental lexicon to promote retention and retrieval,” it becomes important for students to be up to date with English vocab words.

English language is constantly growing, and so is the dictionary. Reflecting the breadth of English vocabulary and the speed with which untouched realms are being explored each day, every year thousands of new words get place in the dictionary. The new entries are generally culled from recent advances in science, borrowings from foreign languages, words from tech, medicine, popular culture, and sports. Therefore, it is very likely that these new entries are encountered by a reader at multiple sources. This ultimately gives vent to the fact that these words should be included in the dictionary.

You must have binge-watched all the thrilling episodes of ‘Game of Thrones’, don’t you? Now, the word ‘binge-watch’ is a new addition to the English dictionary, which means “to watch many or all episodes of (a TV series) in rapid succession.” 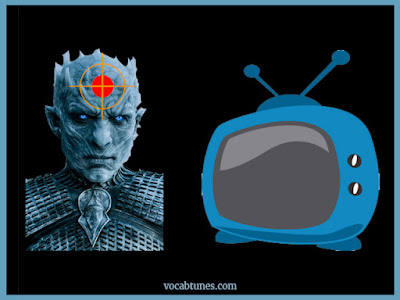 Moreover, there are words that get new meanings or get modified according to the modern standpoint. For example, ‘ballistic’, meaning “of or belonging to the hurling of missiles,” since at least 1764 is a recent addition, but the sense in which it is encountered today in both speech and writing has got nothing to do with military matters. Rather, ‘going ballistic’ means “to become very angry or excited.”

Similarly, the term ‘kleptocracy’ referring to "government by those who seek chiefly status and personal gain at the expense of the governed; also: a particular government of this kind", seems to have entered our language in the early 19th century.

A major factor in deciphering the meanings of newly coined English terms correctly is the familiarity with the word-parts and root words. Vocab Tunes, an online root-word based vocabulary building initiative, offers unique vocabulary learning program for schoolchildren thereby assisting them in building a richer, analytical word bank. Its workbooks helps in enhancing vocabulary of kids of all grades, be it k—2, 6—8 or higher. It exposes them to the world of Latin and Greek roots at an early age and accelerates the vocabulary learning process via creative approaches i.e., music and dance. 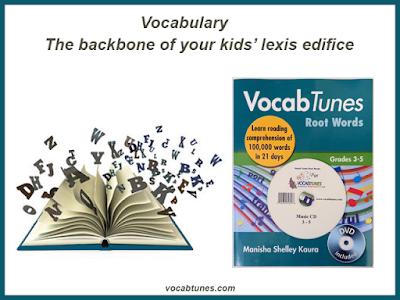 Vocabulary: The backbone of your kids’ lexis edifice